A cladding made of engine-powered tilt doors and shutters: that’s how we took the best out of our experience and offered it to our clients..

OUR METHODOLOGY? We analyse, we test, we prototype, we share with the client… and eventually we create a process and we enrich our know-how.

Engineering of a cladding with engine-powered tilt doors: a case study where we imitated our own technology!

To better understand this methodology and technology, we’ll start by describing the restyling project. We’re talking about the engineering of the tilt doors that can be found in the stalls of the renowed building Is-Suq Tal Belt in Valletta (Malta).

Right in the middle of Valletta, you can find the Is-Suq Tal Belt building that houses the food market designed by Archea Associati for Arkadia Group. The restyling involved the three floors the building is composed of:

COOK, EAT, RELAX: this is the motto behind the restyling of Is-Suq Tal Belt.

Let’s start from the beginning..

THE PROJECT DESIGN  included the realization of a cladding made of shutters to cover both walls and food stalls, including their tilt doors: 2-meter-high and 4-meter-long tilt doors.

Maltese shutter: a membrane between outdoor and indoor

The restyling of the building Is-Suq Tal Belt takes cues from the typical “Maltese shutter”: a sort of permeable membrane between indoor and outdoor.

The doors of the food stalls differ one from the other as if they were real houses that overlook the city square.

Doors and shutters work like a “filter” that connects the different stalls and recalls the historical Valletta street market, active from 1600 to 1995.

FUN FACT: at first the project design established that all shutters were different. Each shutter had its own dimensions and the slats they were made of had different inclinations to grant movement and visual impact.

Through an intense cooperation and mediation with Studio Archea we decided to create standars and patterns, rules that reduced the number of shutters to 18 typologies.

It was a great and necessary work that granted a strong customization of the items and at the same time helped us standardize the production process to reduce production time and meet the expected delivery time.

The tilt door of the stalls – sometimes covered with 15 shutter-panels – was definitely too heavy, as you can imagine..

It would have been impossible for the operators to lift the door. How could we grant an effortless opening and closing of the door to anybody who needed them?

Predicting this issue, during the tender Devoto had already proposed and estimated an engine-powered mechanism that could help open and close the doors.

Are you wondering how it came to our mind? We had used a similar technology for another extraordinary restyling project: Palazzo Rhinoceros Fendi by Jean Nouvel (you can read the dedicated article).

This technology consists of an electrical-mechanical system equipped with anti-crushing detectors that block the closing for safety reasons. The tilt door can be lifted and lowered from inside the stall thanks to a microswitch. In this way, doors can be opened and closed several times a day easily and effortlessly by anyone.

This engine-powered cladding was able to grant:

As you can see in the pictures, the shutter-panel is made of a frame in oak wood and horizontal rounded slats with different inclination and rhythm. 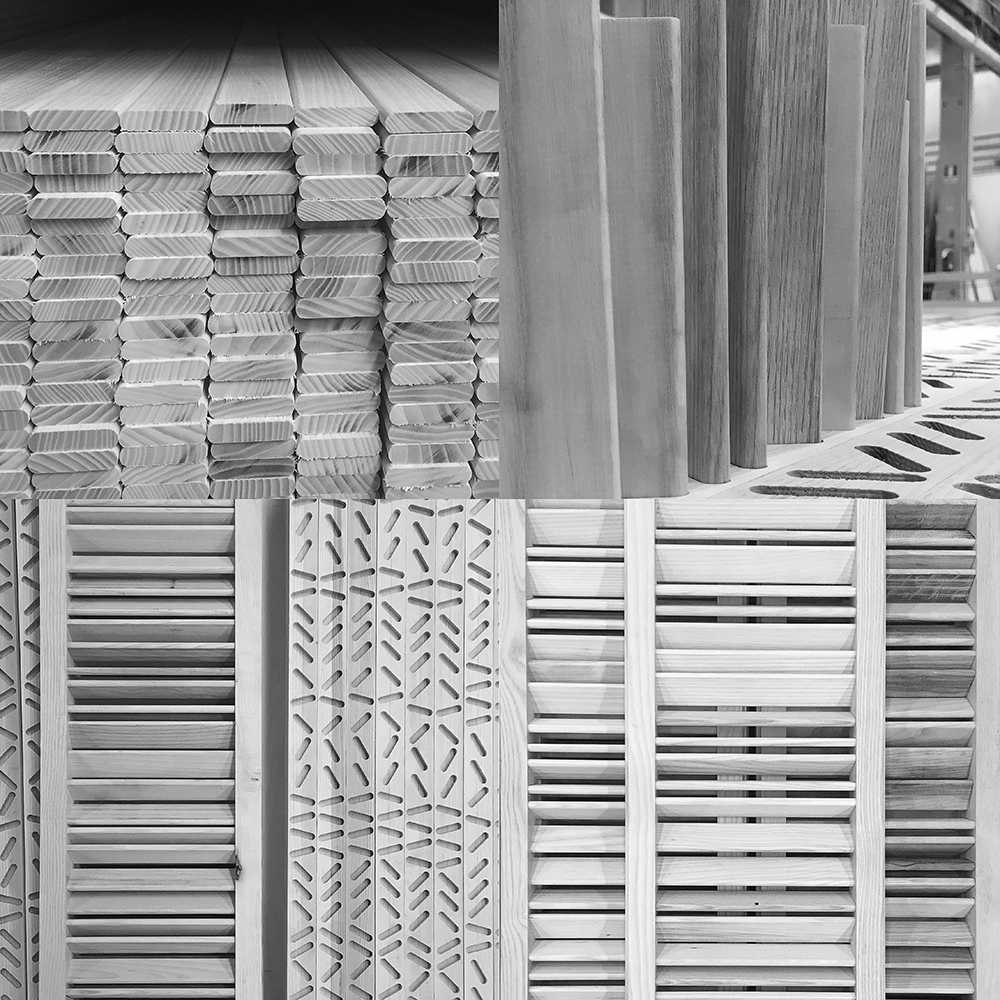 Every shutter-panel – both on the engine-powered doors and on the walls – was fixed onto a black-painted iron substructure to support the cladding.

DID YOU KNOW? Devoto engineered and installed the panels on the substructure with a magnet fixing system.

In this way it was possible to clad all the walls as well as the fixed sections of the stalls in a very short time. Only the shutter-panels on the tilt door were screwed to the substructure.  This was necessary to grant resistance and safety and to make sure that panels don’t move during the raising and lowering of the door. 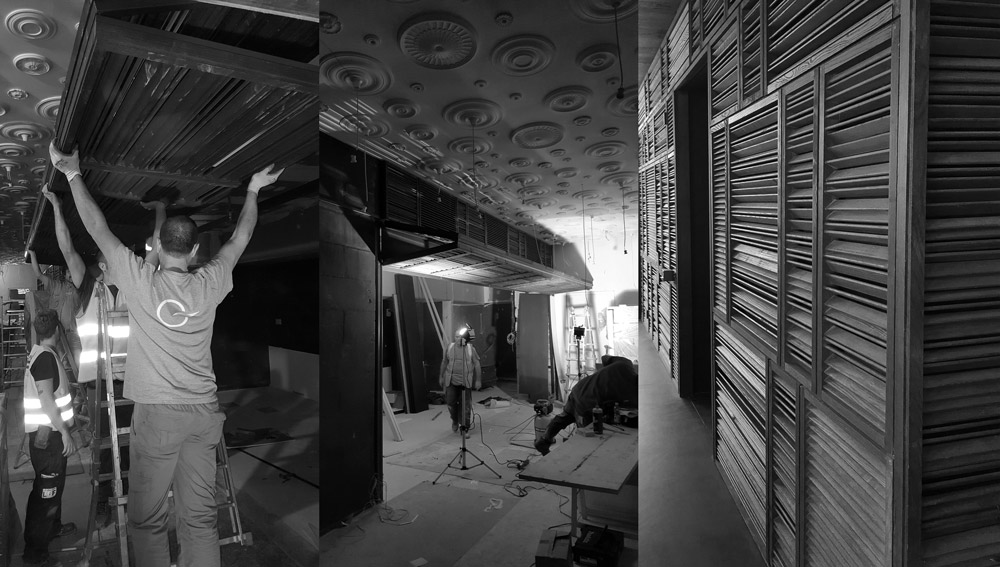 Devoto Design took care of all engineering, manufacturing and installation of the claddings in the building: 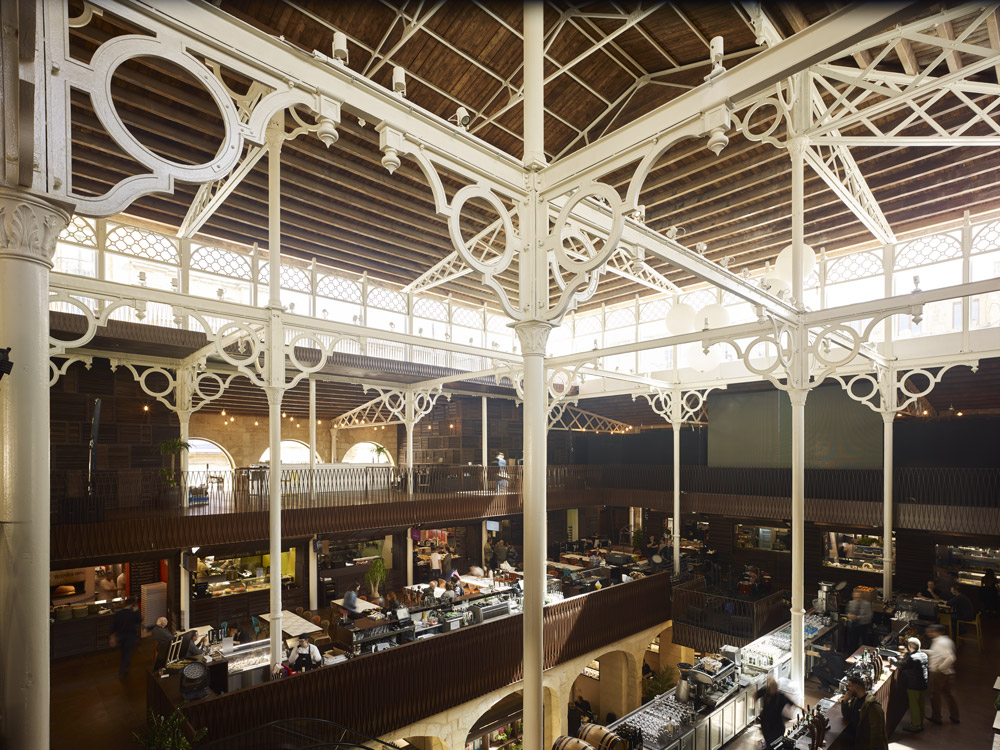 Residential contract and interior design: one of our latest turnkey project...

limeDevoto in Ethiopia: how to handle problems with a twist of creativity
Scroll to top