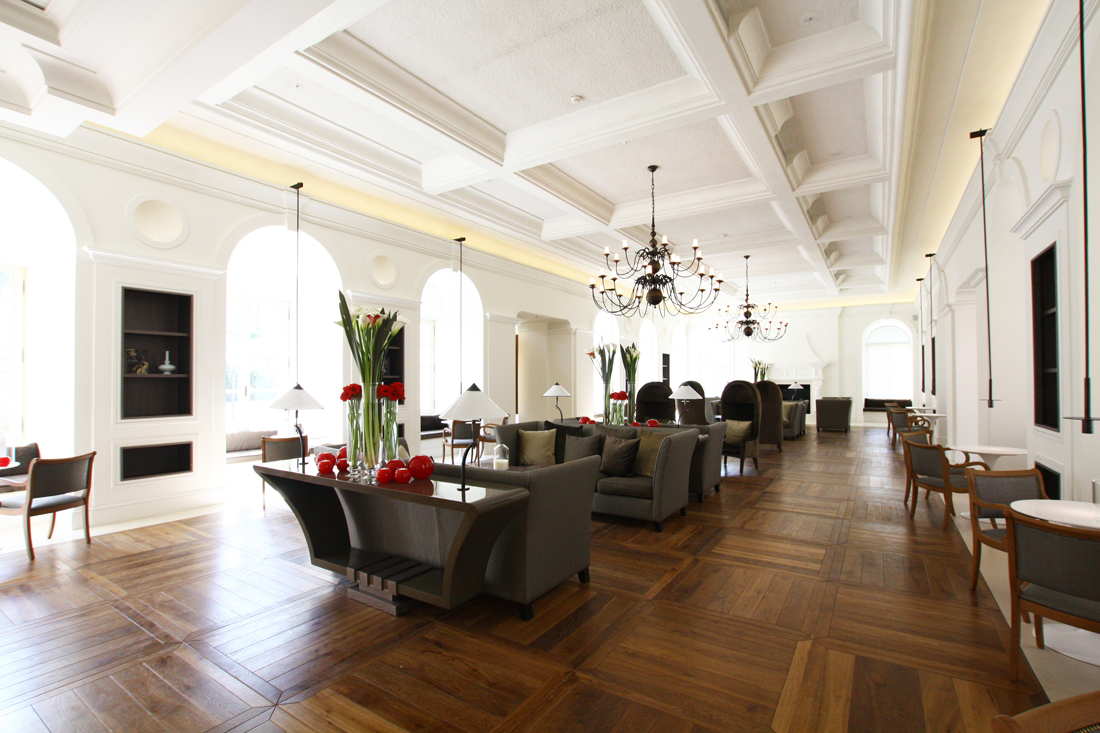 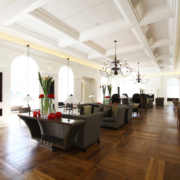 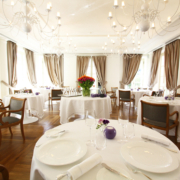 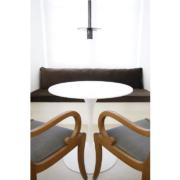 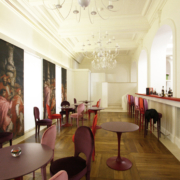 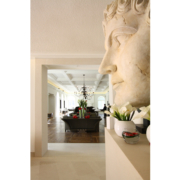 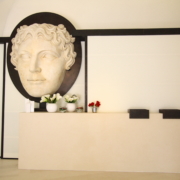 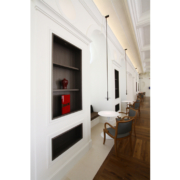 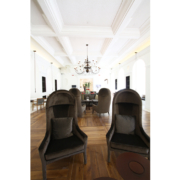 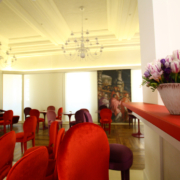 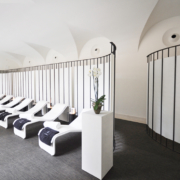 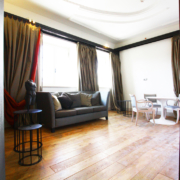 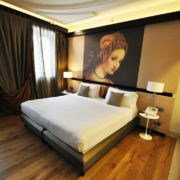 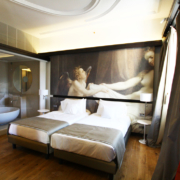 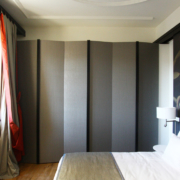 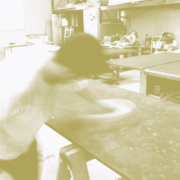 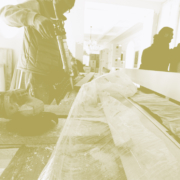 Gran Melia Villa Agrippina is a luxury hurban resort completed in 2012, after a long designing and productive process that included the discovery of some archeological relics of the Villa of Agrippina (I and II century AD) whom it was named after. Studio Transit designed the renovation of the big complex built in the XVIIIth century on the slopes of Gianicolo, eventually abandoned. The façade, with its grandeur, anticipates the splendor of the inside, having an original and unique style that combines contemporary and traditional elements, the latter being more evocative in such an harmonious mix.
The result is of a one-of-a-kind hotel with 118 rooms and several common areas that Devoto furnished and supplied with finishes, using a large variety of materials and treatments.
The coloured Solid Surface elements (pRaL® Abet Laminati) side with Sudden Kvadrat upholstery, and rich silk curtains match with wardrobes covered with Xorel (Vescom). Every material evocates some history, like the antiqued brass and the riveted entrance room doors or like the Trani marble for the reception desk.
The great care for details came up beside a care for a striking scenographic effect: every room is characterized by a big print on microfiber fabrics, while in the lobby the figure of Agrippina is celebrated by a big sculpture of his face.

Devoto furnished the 118 rooms and the common areas such as the hall, the lobby, the connecting corridors, the library, the caféteria, the restaurants, the spa and fitness centre, the ancillary spaces and the outdoor areas.