Blog - Latest News
You are here: Home1 / News2 / Rapid prototyping between aesthetics and performance: what it is for u...

Rapid prototyping at Devoto: today we’ll talk about our methodology approach to face the furnishing projects we’re asked to analyze

What is rapid prototyping and why is it so important?

First of all, what is it? It is a specific sort of prototype that we produce during the negotiation process. Why is it called “rapid”? Because it is a small portion of furniture that we decide to produce pronto so that the Client and/or the Designer can see and “touch” the project beforehand.

Why do we use rapid prototyping?

THE VALUE ANALYSIS / VALUE ENGINEERING is a problem solving system that consists of  a specific set of  technique, knowledge and skills. It is a creative and organized method that perfectly fits in Devoto Design’s mission, that aims at identifying unnecessary costs, meaning all those costs that bring no quality, application, longevity of the tools, aesthetics or advantages to the Client.

As you can easily assume, the rapid prototype we make is Devoto Design’s interpretation of the project, it shows our ideas and often suggests an improvement for what concerns construction, finish, technology, material.

THIS METHODOLOGY is often used for new products, that’s why the same principles and technicques necessary to the pre-production step are applied, which are the concept development, design and prototyping. The purpose of the product doesn’t have to be confused with its final or practical use: it can also include aesthetics or the both of them, as the philosophy of functional beauty states. This theory is based on the coexistence of aesthetics and performance.

Rapid prototyping as a mock-up

With the sole purpose of showing the validity of our value engineering, during this preliminary phase – prior to any contract agreement or payment –  we make one or more small prototypes. These “rapid” prototypes work as mock-ups.

IT IS A SMALL INVESTMENT that Devoto Design decides to make in a project that we deem worth and that we want to win, to show that our idea works from both the aesthetic and technical point of view without exceeding – but sometimes even reducing – the available budget of our Client.  (Marianna Devoto, Architect & Sales Director).

We have recently used this approach in the project of the public areas of a hotel in Rome. It was about engineering and manufacturing complex double-curving and consistent surfaces. Well, the rapid prototyping approach proved useful and was well received by the Client: during the negotiation process we made some “rapid” prototypes to show the Client and the Designer the way we meant to produce the complex surfaces. It worked and we’ve been awarded the project.

We have decided to share – for the first time – some of the rapid prototypes we have made in the last years. Well, not all of them helped us be awarded the project.

Brass fixture for a hotel

In this case our proposal aimed at reducing the cost of the fixture and making it easier to clean and maintain its external surface by placing the brass lozenges structure between two glass sheets. The original design involved a brass-glass-brass structure.

Curving staircase for a museum

For this project our team worked to find a wooden material that would fit both indoors and outdoors, because the Client’s requisite was to have consistency of finish, high resistance and low maintenance. Here you can see the mock-up of a section of the balustarde and step in teak wood. 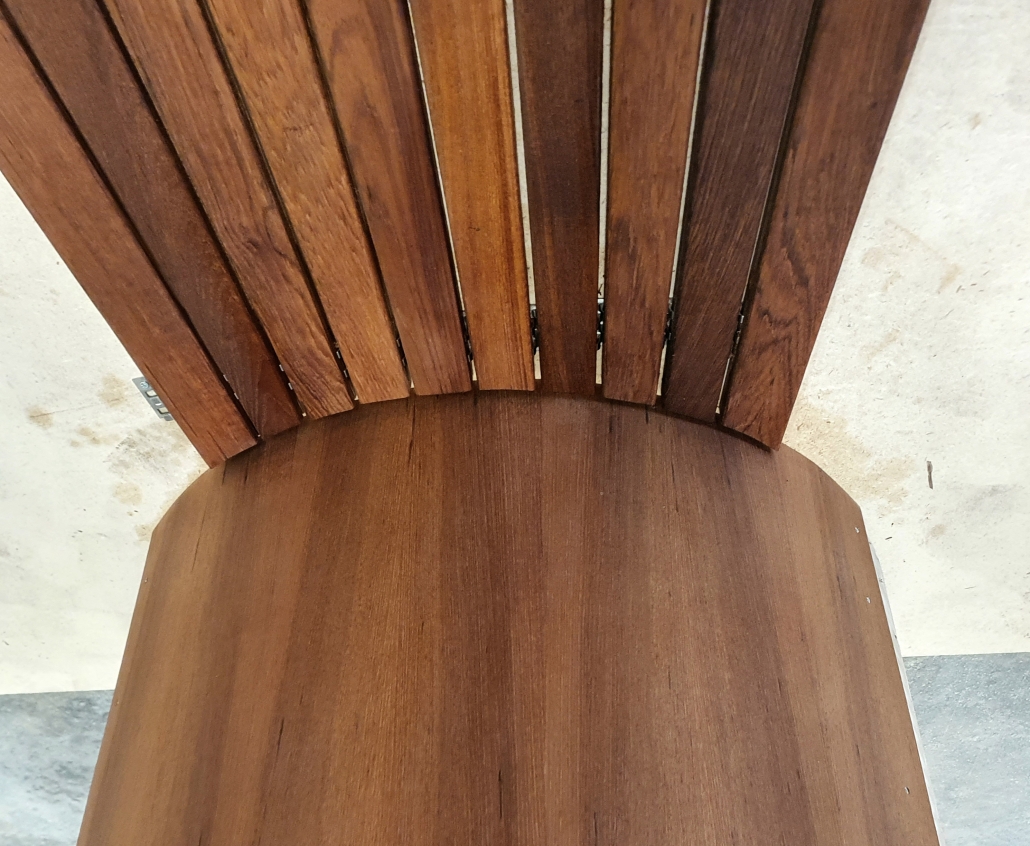 Tables for a museum restaurant

In this case the rapid prototyping resulted in sending a small mock-up of the table top in solid surface with inserts in resin and metal powder engineered by our team. 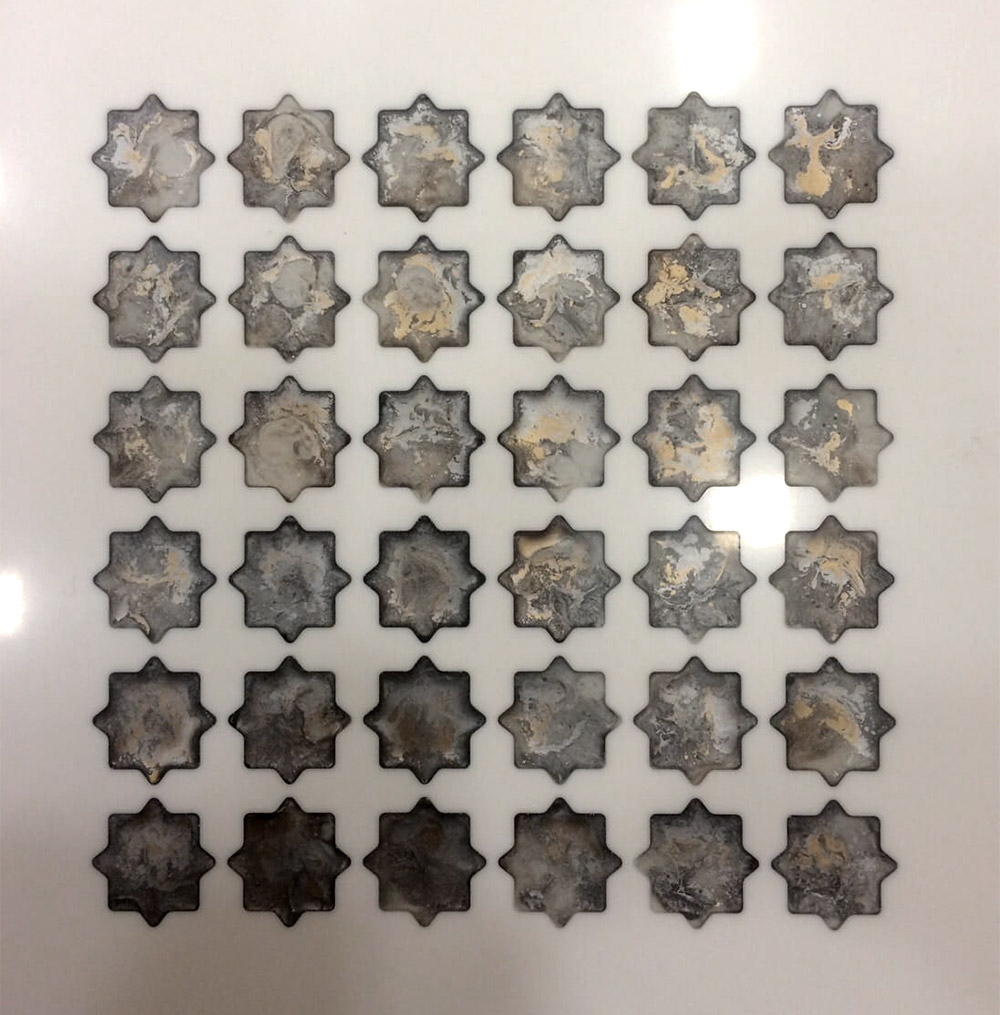 This prototype is a portion of a curving “monolithic” display with a sand-finish effect for a renowned national museum. 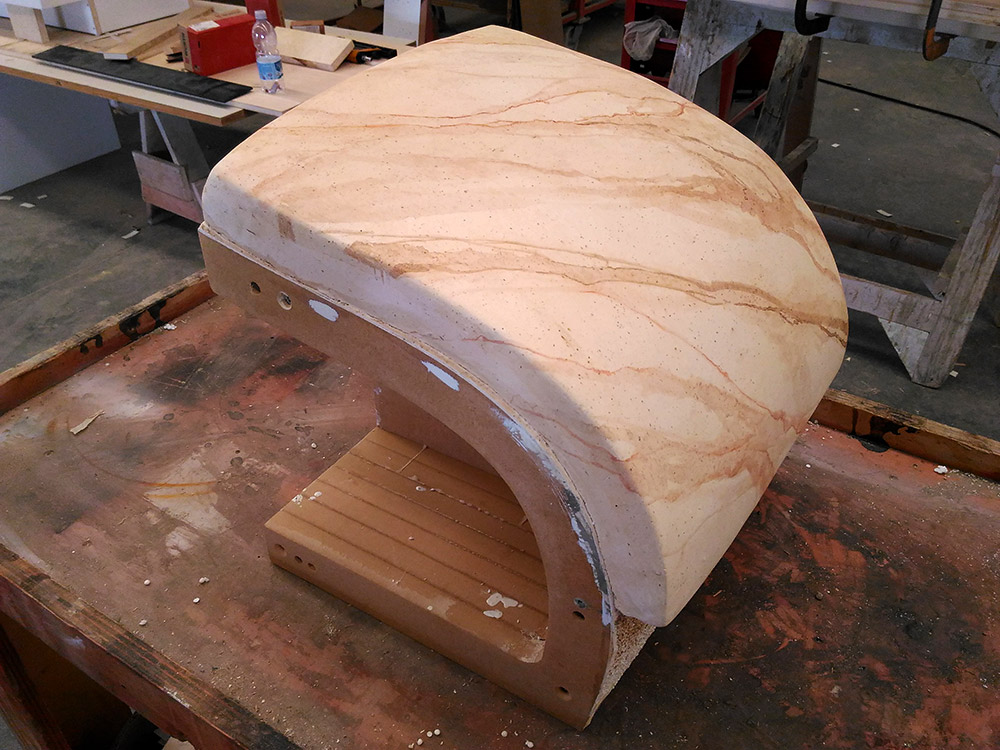 Bespoke interiors for a VIP pavilion

Here the rapid prototyping involved the manufacture of different 3D samples. They show the brushed effect we can get on different kinds of wood. 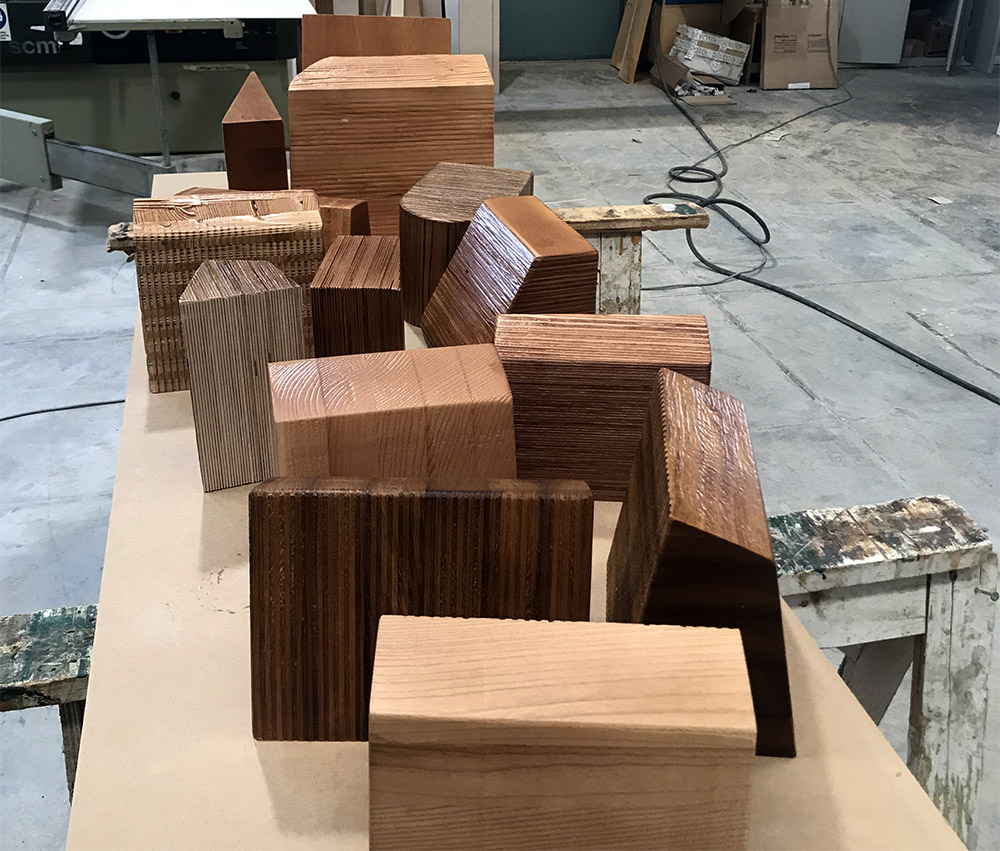 To show the client our fabrication idea, we made a small portion of the ceiling for the Client and designer to see. 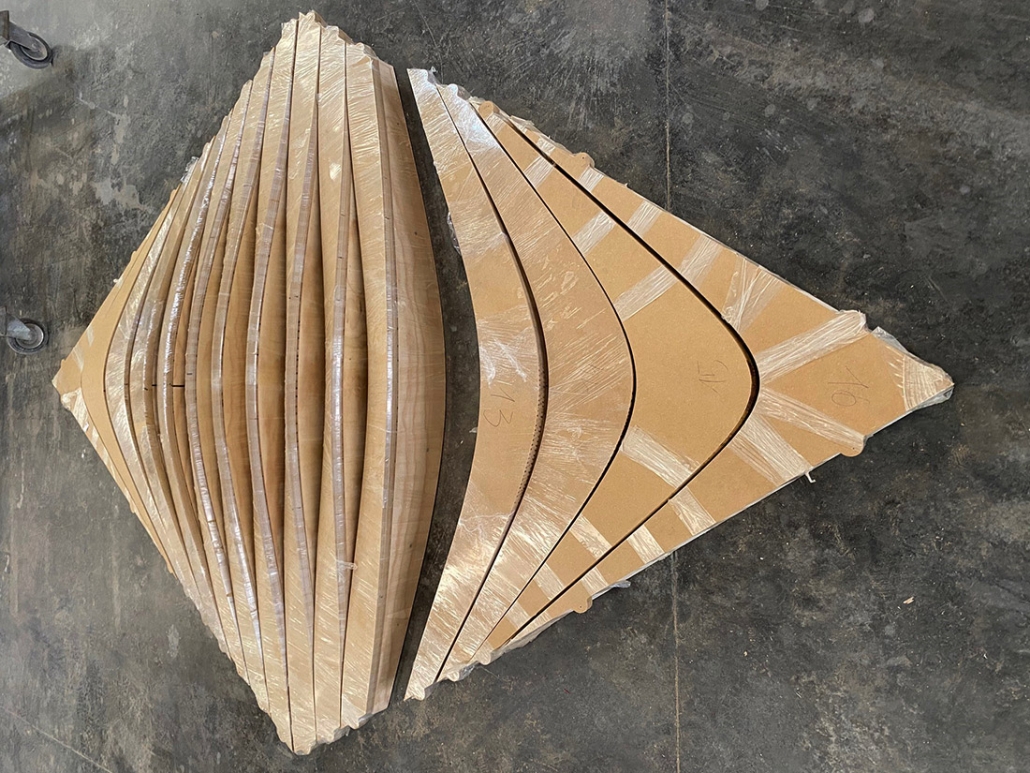 Spiral staircase for a private house

For a luxury residential project we made the prototype of a portion of a spiral staircase made of wood. 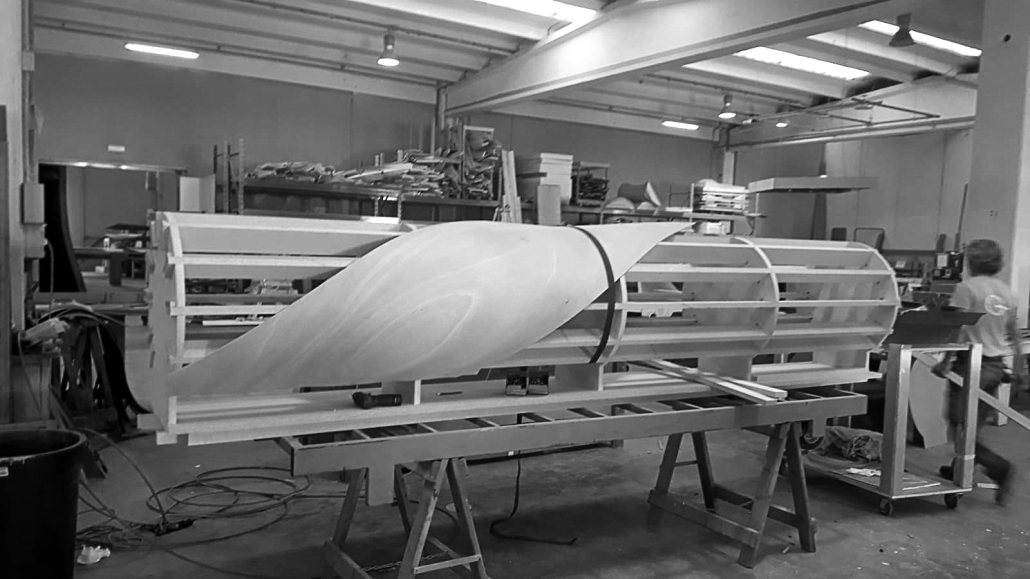 And, last but not least, one of the prototypes we feel the most close to..

Wood cladding substructure for a museum

It’s about the project of the Gift Shop of the National Museum of Qatar. To show the Client our engineering proposal, we made a portion of the substructure. We engineered a flexible structure onto which the wooden slats could be installed and adjusted according to the curving shapes of the design. 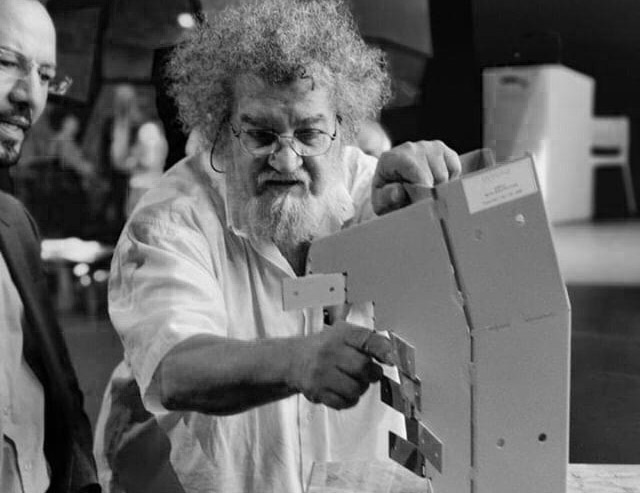 To have a look at the complete work, here is the dedicated page on our website:

To learn more about this challenging and innovating project, here is a dedicated article:

To get more information about rapid prototyping:

Send us a request >

Public areas of a hotel in Rome: Sneak peek