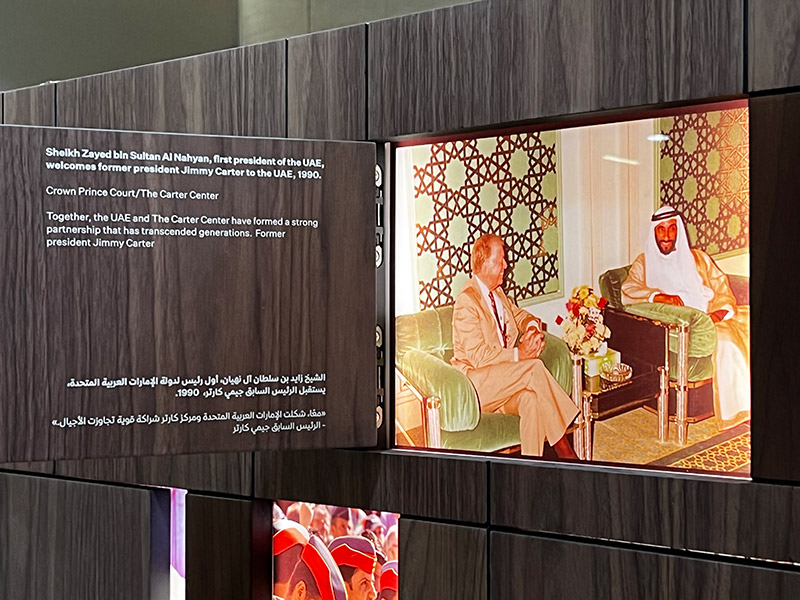 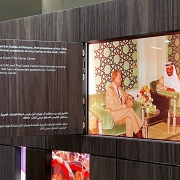 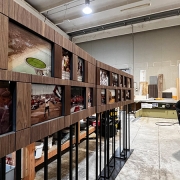 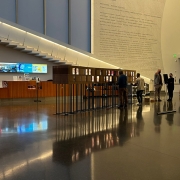 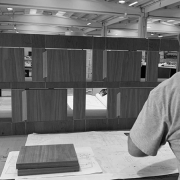 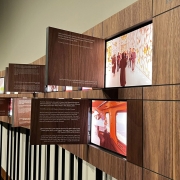 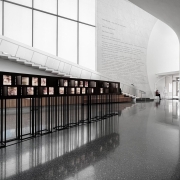 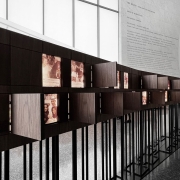 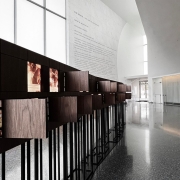 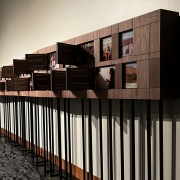 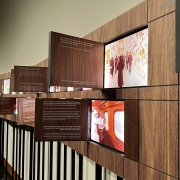 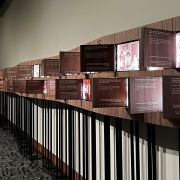 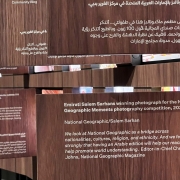 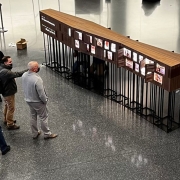 For the 50th anniversary of the cooperation and relationship between USA and UAE, Meridian has decided to set up a photographic exhibition that could celebrate, through the images, the story and evolution of the friendship between the two countries. That’s why the exhibition is called “The Us and The UAE: a Photographic Journey”.

Devoto Design was involved by Milk Train architecture in the realization of the picture displays. They are modular elements made of a metal base supporting a wooden structure in black walnut.Pictures are inserted in this structure where frames have been carved to hold them. There are also some opalescent little doors that can be opened and closed to show or hide the pictures.

The modular displays were placed in a linear path, a narrative thread that tells the story of the cooperation between the two countries.

The exhibition took place at the Kennedy Center in Washington DC, USA, and at the Expo in Abu Dhabi, UAE at the same time.