Church of God the Merciful Father

You are here: Home1 / Church of God the Merciful Father 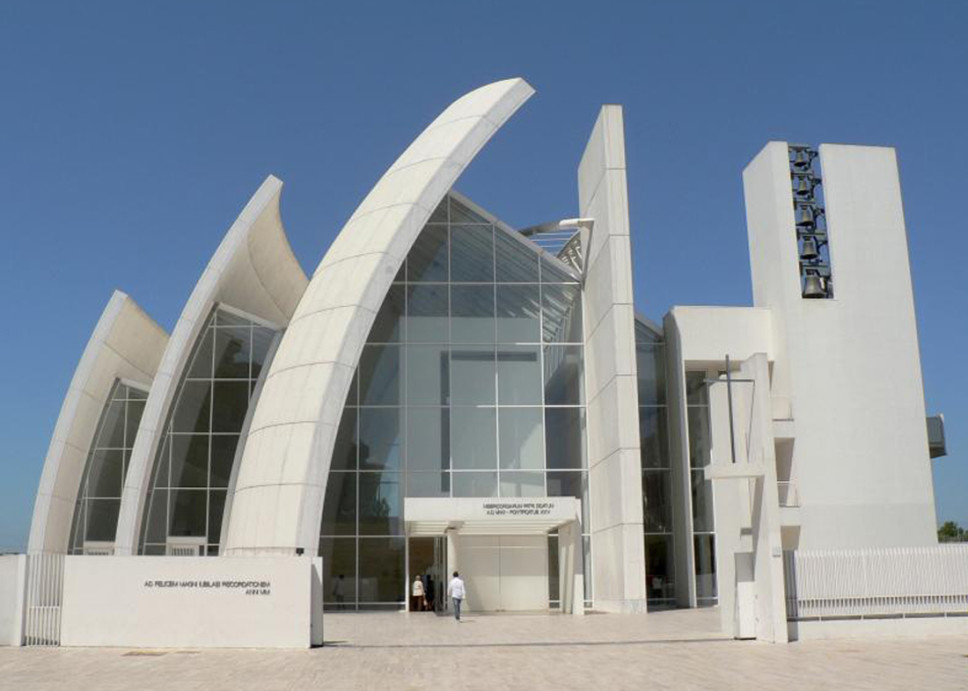 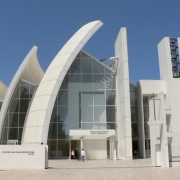 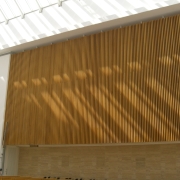 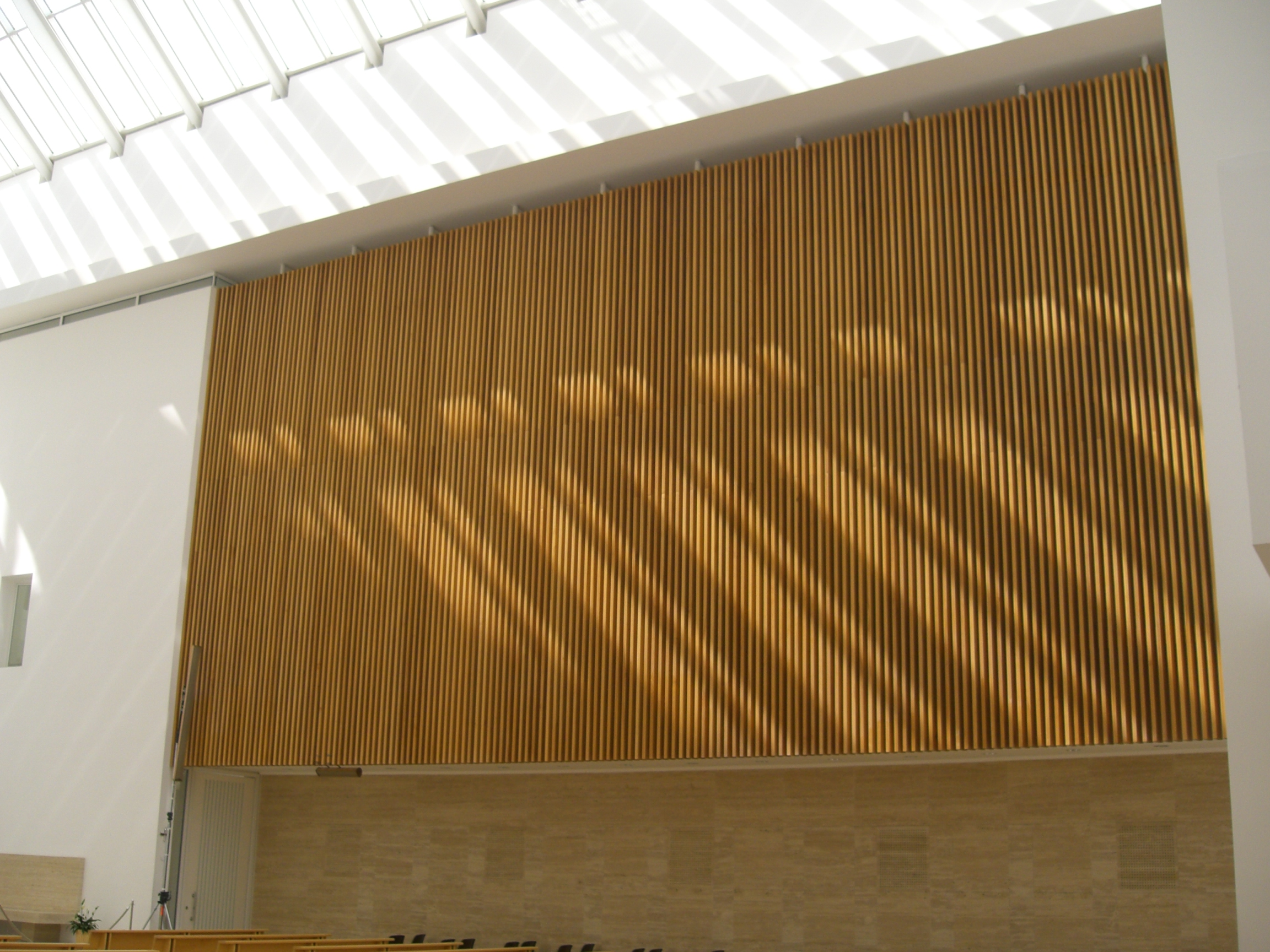 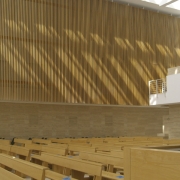 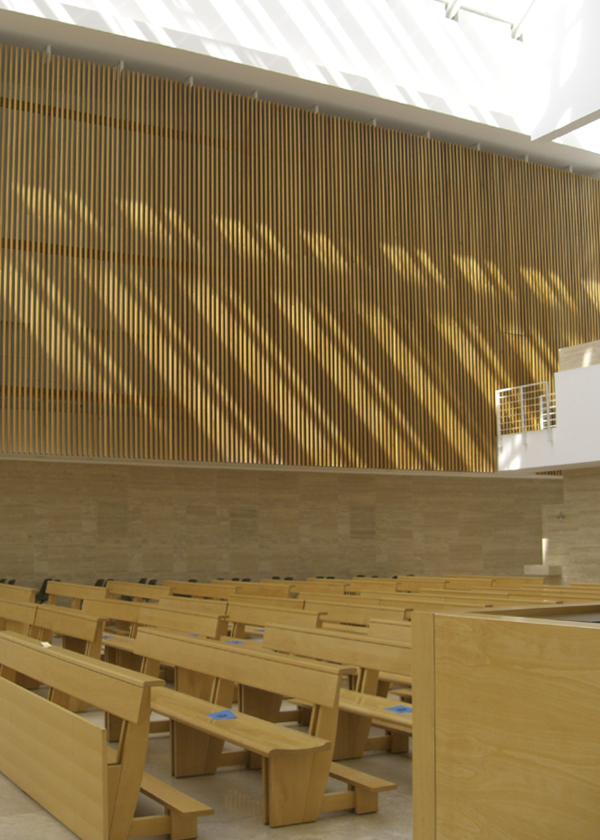 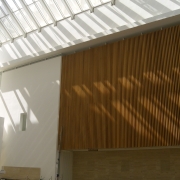 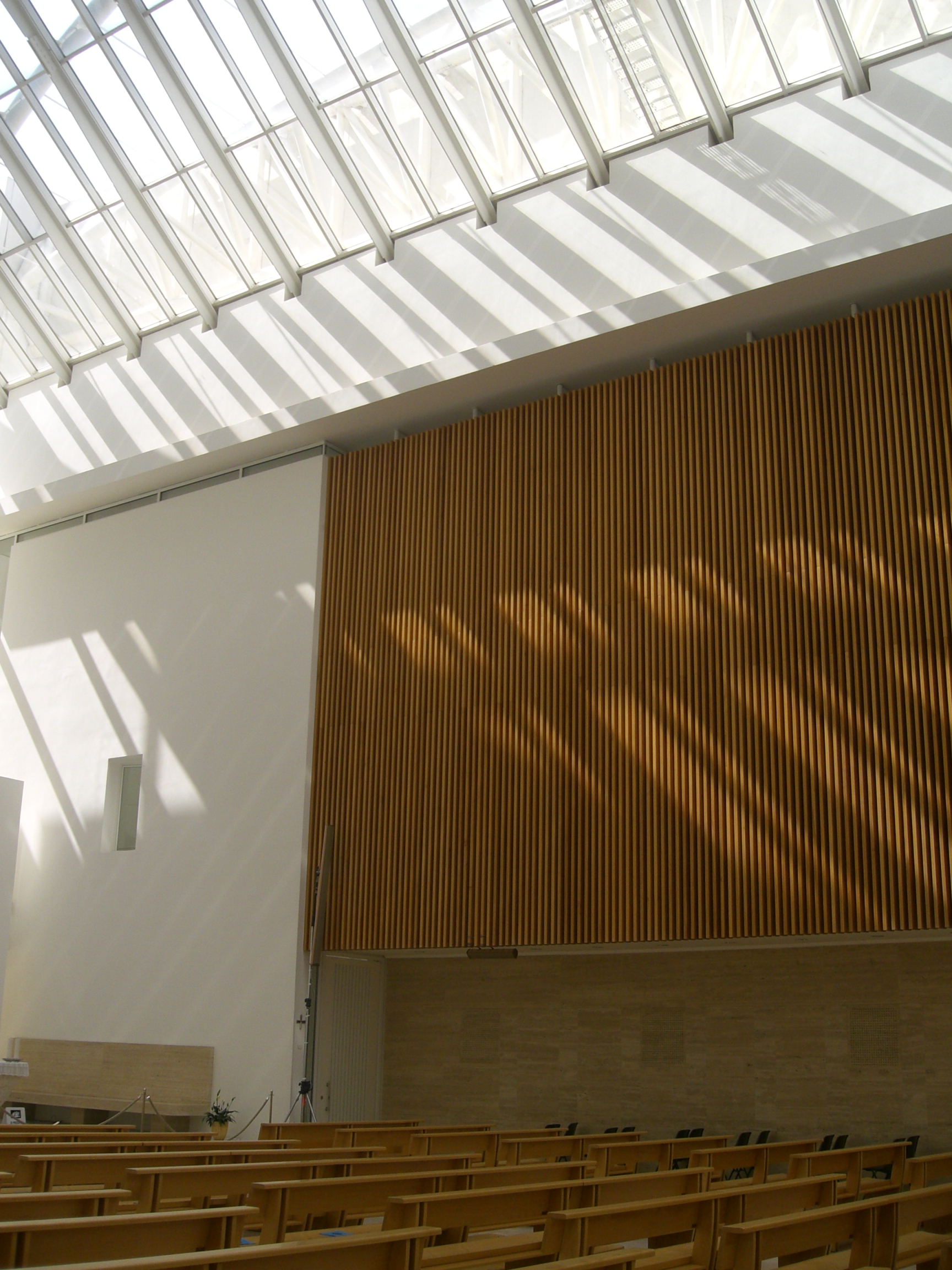 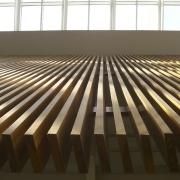 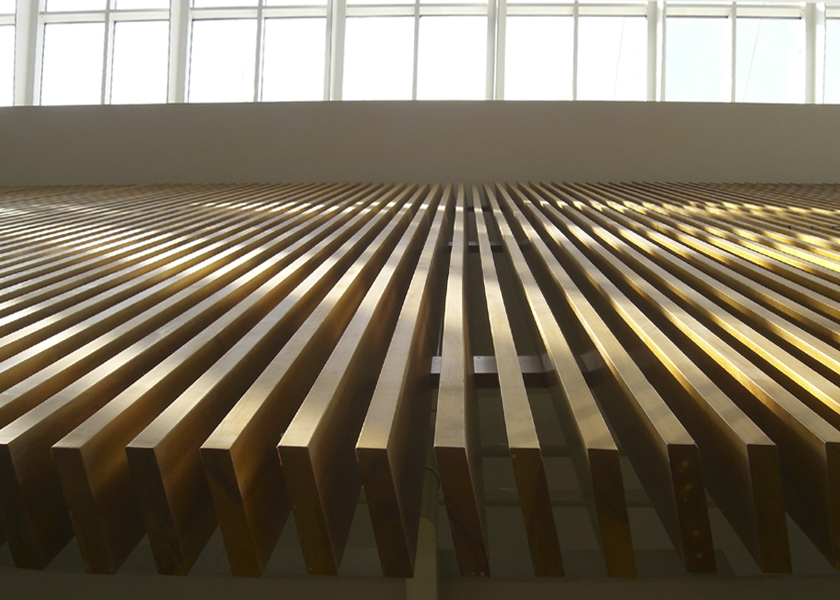 In 2003 Richard Meier won the International Competition “50 churches for Rome” issued by the Vicariate of Rome. The concept of the project consisted of a big white building in a suburban district of Rome that could only offer residential low-cost constructions and urban discontinuity elements. The entire complex consists of three big sails (the “shells”) in white concrete, that look like they were blown up by a wind coming from the East. The interiors are candid and illuminated by the light that makes the environment look intangible and suspended. The furniture perfectly fits in this system with a design that is based on essential lines. For the sound-absorbing walls, we used 8-metre-high solid hemlock planks, a kind of timber that has a particular expressive strength and decorates the side elevation of the nave. This suspended wing is also marked by an invisible system made of fixed and openable partitions.